October baseball brings unique challenges for groundskeepers in the majors. In cold-weather climates, lush green fields don’t grow naturally this time of year. It takes meticulous care to keep a field looking as vibrant in the fall as it did in July. Let’s take a look at the different types of grass currently being used in the American and National League Championship Series: 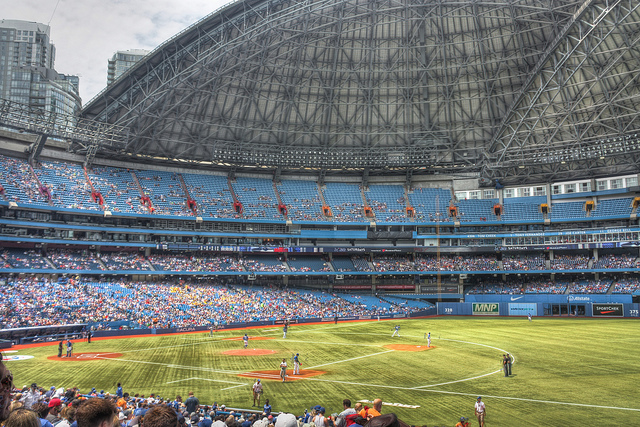 This ballpark was the first to feature a retractable roof and one of the last to utilize artificial turf. The Jays installed AstroTurf’s 3D Extreme playing surface at the beginning of the season. Just like the roof, this field is designed to be versatile. The turf can be removed over 100 separate pieces to accommodate for other events held at the stadium. Although the team doesn’t need to worry about maintenance, many players prefer the sturdy footing of natural grass. Ownership must agree, since there are plans to install the real thing before the 2018 season. 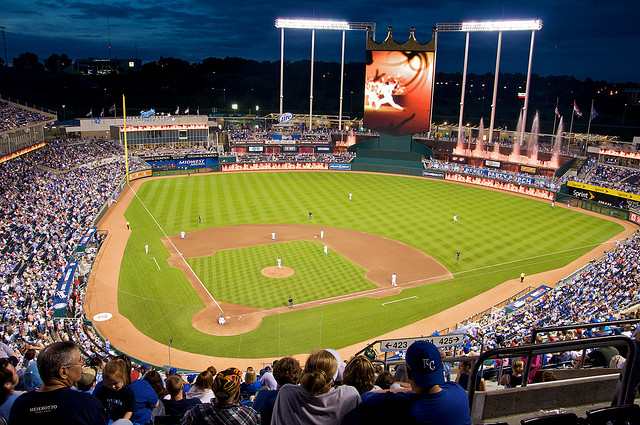 Considered by many to be a classic ballpark, Kauffman takes a unique approach to its field. When the weather is warm early in the season, the Royals play on Bermuda grass. This strain of grass is ideal for baseball on muggy summer days. As temperatures cool down late in the season, Royals groundkeepers switch to more resilient types of grass such as bluegrass or rye. This ensures that the grass will continue to look great well into the postseason. Considering the Royals’ success the past few years, it’s a necessary switch! 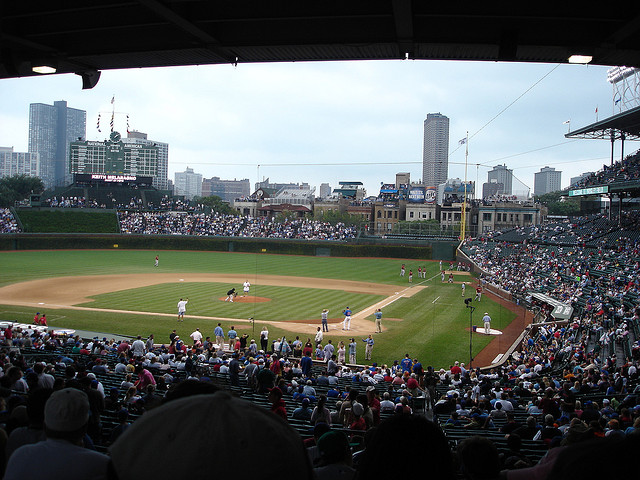 The Cubs haven’t won a World Series in 107 years, but the field at the friendly confines thrives each and every season. Like many teams in the league, the Cubbies play on durable Kentucky bluegrass. Wrigley, in particular, features grass grown at Graff’s Turf Farms in Colorado. This hardy type of grass is well suited to survive cool fall temperatures like the ones found in the north side of Chicago. Interestingly, Wrigley has the second least amount of fair ball territory in the big leagues, meaning there’s less ground to maintain. 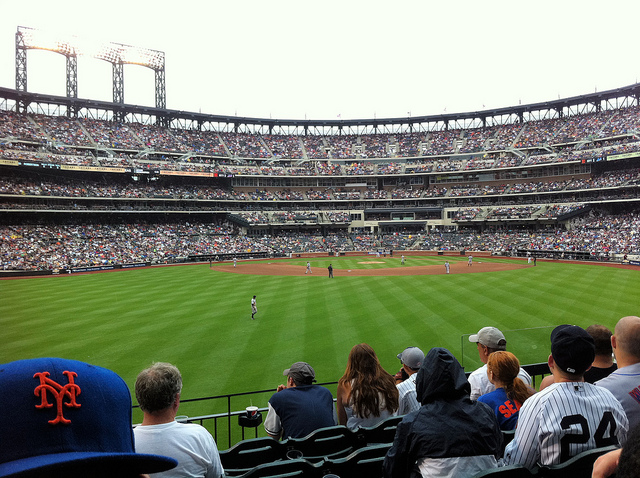 Built in 2009, Citi Field is a relative newcomer of a ballpark. After enduring decades of poor sightlines at Shea Stadium, Mets fans were rewarded with a state-of-the-art baseball palace to call their own. In addition to the shiny new stadium, the team installed a Kentucky bluegrass playing field that can withstand the unpredictable New York fall season. The grass is actually composed of four different strains of bluegrass: Apollo, Midnight Star, Moonlight and P105. It all comes together to create a cohesive whole, much like the Mets’ team this year.