If you head out to Target Field to catch a game this summer, the first thing you might notice is the vibrant green natural grass in the outfield. It’s a far cry from the artificial field turf players endured through the Metrodome era. Take a closer look and you’ll spot something even more impressive – geometric patterns that transform the grass into a work of art. These lush designs are the result of meticulous growing, mowing and bending. When grass blades are mowed to bend away from your point of view, they reflect more light; making those areas appear lighter than the ones facing towards you. It’s an optical illusion that every club in the majors, and in other sports, takes full advantage of. While standard stripes and checkerboard patterns are impressive, a few playing field creations have truly stood out over the years: 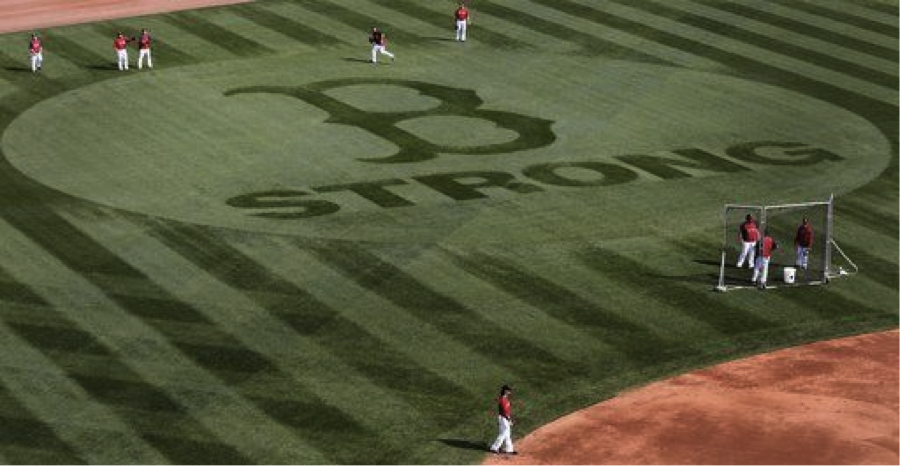 In the wake of the Boston Marathon bombing of 2013, the Red Sox created a tribute to the victims of the tragedy in the outfield. “B Strong” represented the city’s resiliency and was a living symbol of unity. 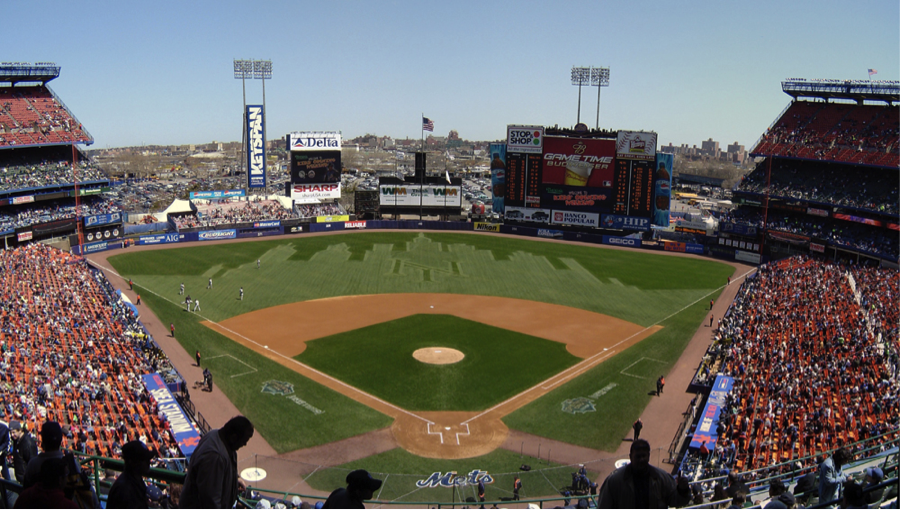 Back when the Mets played at Shea Stadium, the team tried to shift the focus away from the cramped seating, and towards the verdant field. This skyline silhouette design brought the concrete jungle to a more natural canvas. 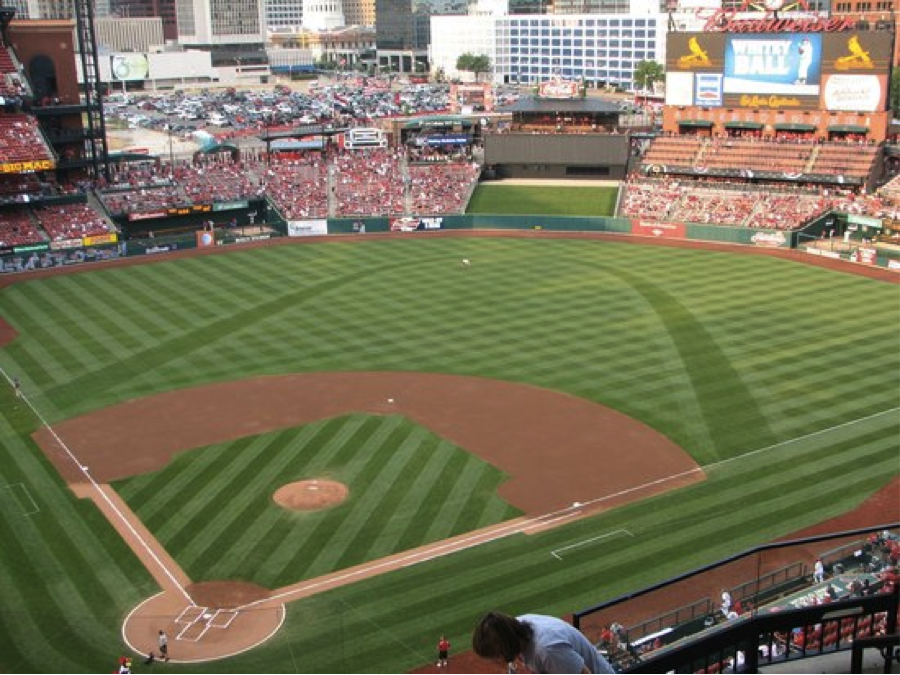 Continuing the silhouette theme – Busch Stadium in St. Louis recreated the city’s most famous landmark, the arch, right on the field. Although it’s a simple pattern, it’s instantly recognizable, and totally St. Louis. 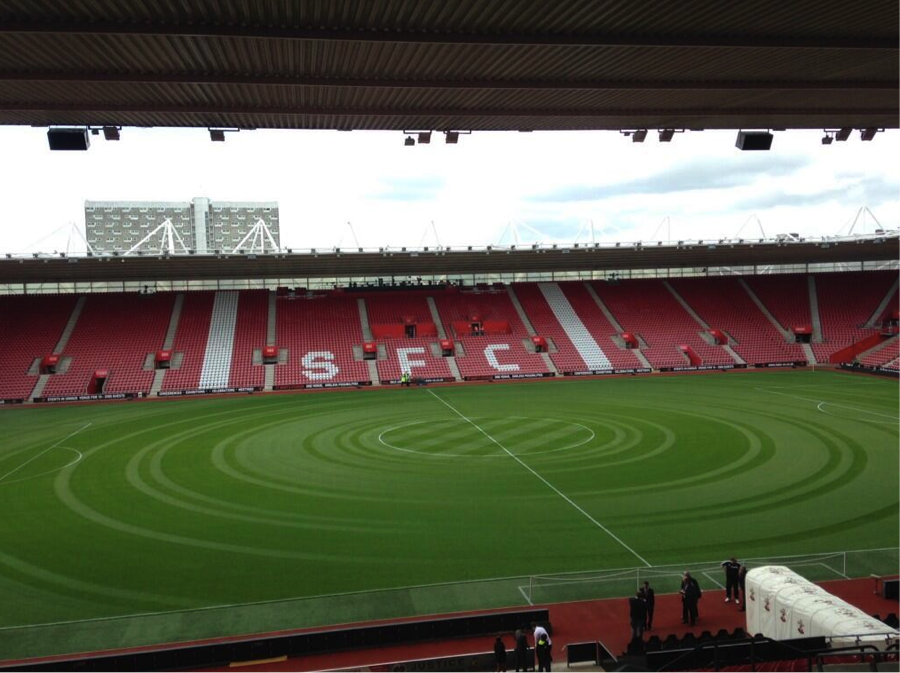 Interesting grass designs aren’t limited to baseball, or America for that matter. This soccer field, or “football pitch” as it’s known in England, features a crop circle-like pattern. St. Mary’s Stadium, home of Southampton FC is known for its interesting playing surfaces. 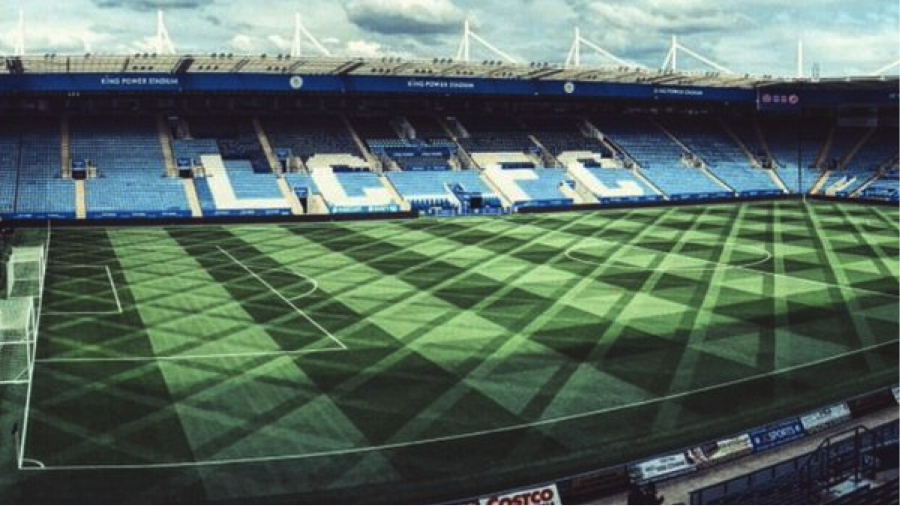 Leicester City’s may have had an improbable run to the top of the Premier League this season, but their grass has been top-notch for years. Head grounds man John Ledwidge gained extra notoriety as the team ascended the rankings. 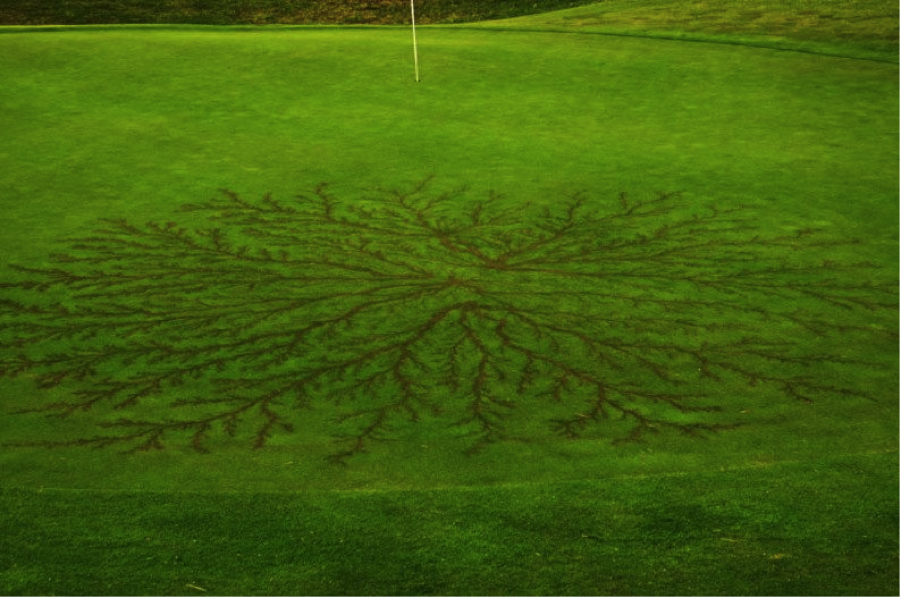 There’s a good reason play stops on a golf course when lightning is in the area – and this grass pattern proves it. The Weeks Park Golf Course in Wichita Falls Texas featured an unintentional design element where lightning struck this May.

Grass doesn’t have to feature a pattern to look good, but a playing field can turn into a work of art with the right grounds crew. Even when your team isn’t winning, seeing them play on a beautiful field can be a nice silver lining. Patterns aren’t just for playing games on, and you don’t have to be an expert to mimic the designs of multi-million dollar stadiums. Connect with our lawn care experts to get the best lawn on the block!